This special gift basket contains a perfect pairing of James Squire beer and Valley Produce Co nibbles. Ideal for the beer connoisseur or when you just can't decide what gift to buy. After all, you'll never go wrong with James Squire.

Notify me when back in stock

Australia's first brewer was an adventurous man; who founded a brewery that still celebrates his explorer spirit to this day. The first cultivation of hops in Australia occurred thanks to Squire; along with the growth of an Australian success story. An ex-convict; James Squire was never a man to let life simply pass by; and with a little luck, plenty of charm and skill his success as Australia's first brewer is still celebrated and enjoyed by today's generations of beer lovers.

In the times of James Squire; India Pale Ales were brewed to survive the long journey by sea between London and India. This meant they had a higher alcohol content and today a 5.6 per cent alcohol content is still higher than most other beers on the market.  The Stowaway India Pale Ale represents Squire's sense of adventure with a rich and earthy taste, with bitterness that lingers.

The Chancer Golden Ale, is the perfect summer beer with an orange-golden colour with tropical fruit tones, balanced by a restrained bitterness. Launched in 2004 it's the perfect, refreshing beer to offer cooling refreshment on a hot afternoon.

Sometimes the original is the best and will always be the best; which is exactly how beer lovers describe Nine Tails Amber Ale; the original craft beer launched 15 years ago by James Squire Brewery. The copper colour and sweet caramel-toffee tones are balanced with a nutty finish and citrus aromas that others try to match, but regularly fall short.

One of the unique characteristics of James Squire craft beers is the stories behind the naming. A story of Squires being caught stealing from the colony in order to create his original beer brew is the inspiration for the aptly named 150 Lashes Pale Ale. Squire is said to have received a punishment of 150 lashes and 2 barrels of ale.  With a cloudy appearance; this clean-finish beer offers a fruity aroma with a refreshing taste that is the perfect tribute to Squire.

In celebration of James Squire's complete transformation from convict to District Constable; The Constable Copper Ale offers a stunning deep-golden appearance. The ale balances floral and citrus tones with an earthy,  lingering bitterness for a full-flavoured and refreshing Ale.

Be The First To Review This Product!

Help other Creative Hampers users shop smarter by writing reviews for products you have purchased.

More From This Category 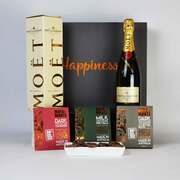 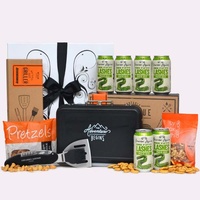 Best of All Gourmet Hampers